Before going any further, I need to explain how this creation came about.

In my experience, each creation is a puzzle, often taking shape in an anarchic way, the pieces of the puzzle falling into place over time and following certain events.

The starting point for this puzzle which was to become « P.P.P. » first became apparent whilst I was touring the show « Ascenceur, fantasmagorie pour élever les gens et les fardeaux » (« Elevator, Phantasmagoria for lifting people and loads ») in various West African countries, in May and June 2006. I was having problems performing the show properly because the venues didn’t have air conditioning. We tried to lower the excessive temperature onstage by using blocks of ice and ventilators : it was a soggy  failure !

Despite this, I began to look closely at this matter which was transforming into puddles of water …

Not long afterwards, a second element of the puzzle took shape whilst I was moving out of my spacious house and into a smaller apartment. I rapidly came to the conclusion that I had accumulated too many things – various, diverse objects which wouldn’t find their place in my new home. I needed to get rid of this ‘overflow’, but didn’t know what to choose as each object was full of memories !

How was I going to accept throwing certain souvenirs out?

One question really bothered me : how does one continue to live without carrying the burden of too many memories ; or even without nostalgia?

Maybe I should let the old memories melt away so that I can hold on to the new ones? …

I am tracing a form of composition which uses the simplest of language ; that of an individual alone onstage.

A short break in time, an evocation of transformation in a piece of choreography bound to the icy elements surrounding me.

A traditional pathway which tells a story.

One person, alone in an empty space. As if the bailiffs had just torn through their home, taking everything except the freezers ; heavy vaults containing treasure, but what kind of treasure ?

This is where we wrestle with our curiousity, wanting to discover more about ourselves … what intimate secrets are we hiding ?

Let’s give this solitary being space to question his/her identity through his/her actions, as if s/he is on a quest to stay alive. One individual, juggling and manipulating frozen objects which melt and transform as they come into contact with skin and air. Little by little a pool of water appears, like a lake of tears … maybe this is a metaphor for the trace we leave on the earth ?

For the creation of this piece, I have drawn inspiration  from the sensations and questions accumulated over the past ten years spent touring shows across the world. Moments when living in the skin of a man became unbearable, when I felt like a woman dressed up as a man, playing men’s games. Even in my earliest shows, this question of gender identity kept coming back, as if it were an important part of my artistic reflection. Certain films such as « In a Year of Thirteen Moons » by Rainer Werner Fassbinder kept me questioning myself on this theme.

For this intimate creation piece, I wanted to return to juggling, using it as the foundation of my composition. The idea wasn’t to go back down an old, worn path but instead to present juggling from a new angle by using this bewildering matter – ice – which slowly, constantly transforms from a frozen block to a puddle of water. An icy obstacle course keeps bringing you back to the Perrilous Parallel Position !

The Reasons for creating « P.P.P »- A certain point of view

It has now been a good few years since, with the Non Nova team, I began making shows in which I use juggling as a sort of pretext for captivating the spectator’s imagination and taking it in a new direction. Each time I do this it is intentional, I consider it carefully and at length. This doesn’t stop me from doubting my work when I present it to an audience.

Ever since the creation of « Zapptime, rêve éveillé d’un zappeur” » (Zapptime, Daydream of a channel-hopper) in 2003, I have felt trapped by the widespread opinion that juggling should be uniquely a circus art, a family show, a simple, marvellous, magical presentation of skills ; it certainly shouldn’t ask us to ‘think’ !

Let’s not be fooled, let’s not confuse Culture and its economic and political needs with art. What I mean is, art as the expression of artists and their view of the world through their research and compositions. So let’s be honest, don’t let ourselves be won over by the prevailing schizophrenia of « Will the audience like this ? ». Instead of that falsely existential question, I prefer this following one : « Am I engaged in presenting the audience with the visions and opinions of today’s artists? »

We are all aware that even though we might not have the same constraints in life, we are all linked by the business of culture ; it concerns us all, it allows us to feed and house our families. However, I think that it’s our passion for the arts which keeps us alive, our love for the singularity of life seen through the works of artists. The artist is a witness who thinks and who offers the audience his, or her, own thoughts and words. Not the thoughts and words of a particular ideology.

Let’s not lose sight of the fact that in this era of civilisation, defending the freedom of expression, the foundation of our society and of our art, is each day becoming more and more of an act of resistance against all the reactionary ideas and retrograde movements which hamper our freedom. Let’s not forget that art is essential, because each creation is a fragile step into the unknown, a fight to resist being reduced to simple consumers of images, a bag of popcorn in one hand and a mobile telephone in the other…

I have chosen which side I’m on. I prefer to fight for art, for all forms of art, against the business culture which views a work of art as a convenience good. I don’t like things to be formatted. I prefer art which involves thought, reflection, convictions ; art which defends the singularity and uniqueness of each individual and his, or her, actions.

It is a certain point of view, in the form of questions : what can we do when faced with the difficulty of selling and performing our shows in the national network ? What do we learn from the standardisation of theatre programmes ? Is there a place for multidisciplinary artists, outside the « atypical » performance spaces ? Should shows labelled « circus arts » necessarily be popular family shows ?

In the Non Nova team, we ask ourselves these questions everyday, hoping to find some answers. Today, the company is subsidised by the French Ministry of Culture and Communication / DRAC des Pays de la Loire and the Departement de la Loire Atlantique, we are supported by the Pays de la Loire region and the City of Nantes and we work with the French Institute and the Foundation BNP Paribas.

We can’t complain, because all this support and these subsidies are essential for the creation of our shows, but how do we find the motivation to continue when our shows are doomed never to find a performance space where they can encounter the French general public ?

There has been a huge multiplication of performance spaces over the past few years, but this doesn’t mean things are getting any easier for the artists creating new shows. We hear so much about « the French cultural diversity » but I don’t believe there is a true cultural diversity ; artists are repeatedly and systematically confronted with the difficulty of showing their work, of touring their shows. Companies are subsidised to create a show, but once the première of a show is performed, it is very difficult to get it programmed. This means the piece is never really completed ; it never gets to evolve, to fulfill its potential, as it is not confronted often enough with an audience. I would like this « French cultural diversity » to become more than just a beautiful idea. But for it to become a reality, everyone needs to commit to it.

The company’s projects are bound to my engagement as an author. I try to write what I see in the world. To succeed in this endeavour, I am surrounded by numerous collaborators, each competent in their own domaine. This heterogeneous group is made up of professionals all working together towards a single aim ; to ensure that each project is pertinent to its time and to society.

Lastly, I hope to make each encounter with the audience an experience enriched by a new way of looking at things.

support from the Théâtre de la Cité Internationale in Paris, the Institute Français in South Africa and 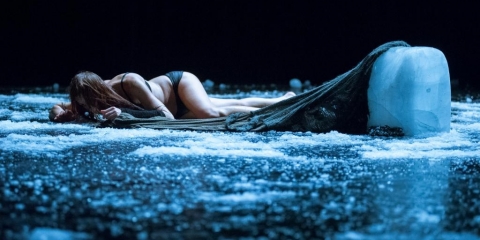 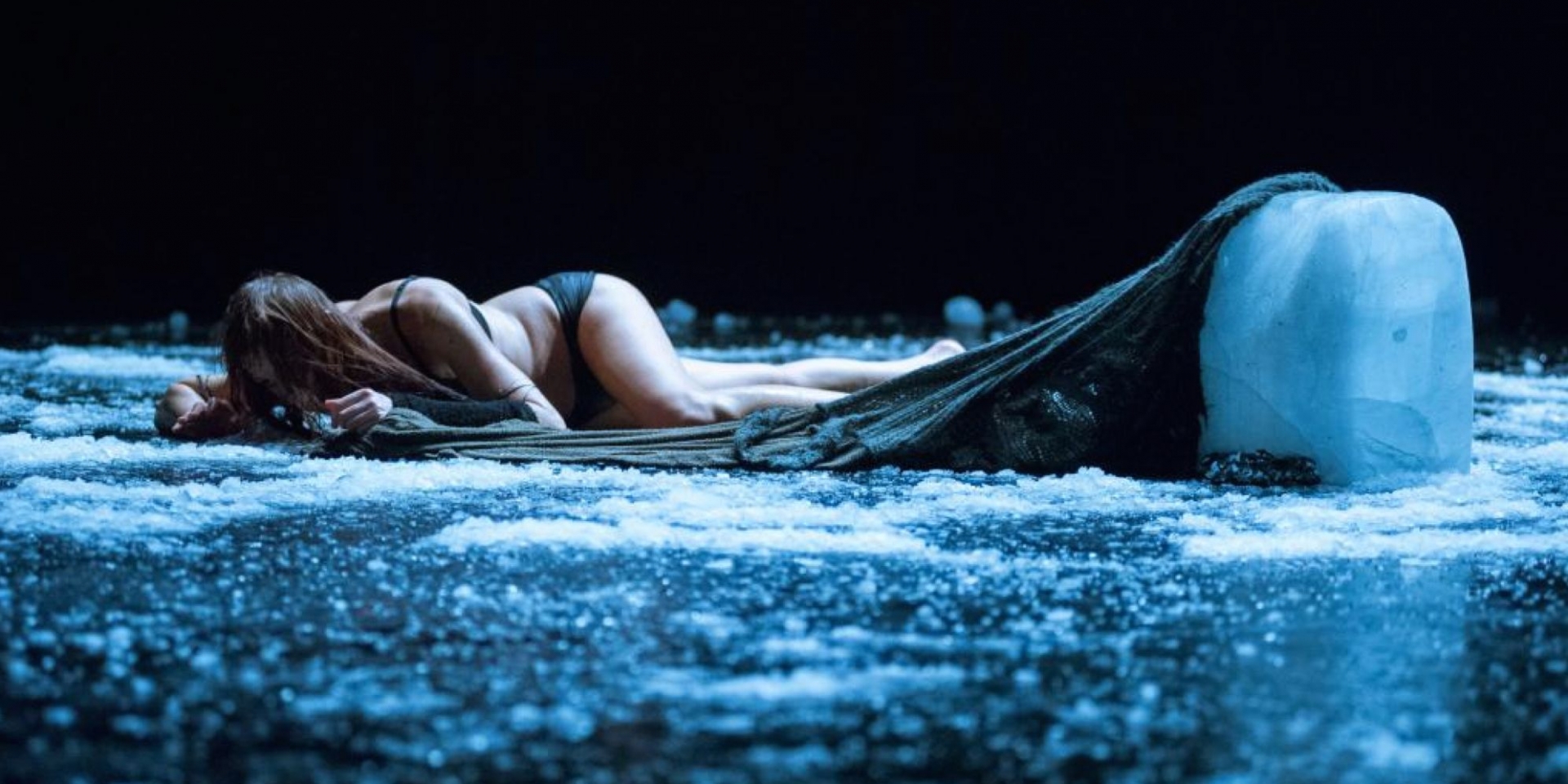